Memories of the Road - Part 2 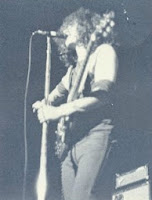 Traveling through the South East as a touring musician in a band back in the day was more a way of life than a tour. The south was an experiential way of living, which probably cannot be compared to any other time or place on earth. At any level of playing colleges and some of the bigger clubs, what was important was the interaction with the real people.

ERNIE: We were a California band in the midst of the pre-southern rock phenomenon. It was like being in the middle of a hurricaine with all this musical energy and excitement, and so much talent around. The local southern acts deserve high recognition. They were talented and tight. They had roadies and huge rental trucks, which were then non-existent in California on a local level. They had tons of Marshall/Hiwatt stacks, double-bass kick drums, slamming like Zeppelin's Jon Bonham... 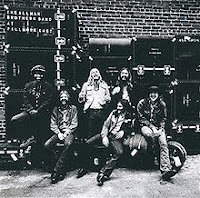 As sound systems were developing to keep pace with the heavier concert requirements of rock, the southern rockers also kept up. Every band had their own professional-level sound systems, because the clubs were very generous with the bands they booked. The musicians were taken more seriously as professionals, and monetarily reinforced. The systems were complete with two sound techs and capturing...the Allman Brothers... capturing the deep southern rock sounds... those soulful 'white boy' vocals and tight guitar riffs. They were totally into their rock culture phenomenon and The Moment.

The band was playing gigs with the James Gang (Joe Walsh), the Chambers Brothers, Blue Oyster Cult and many others, in low-key and casual venues throughout the south. The clubs were packed, even on weekdays. Ladies, legal age 18, gents, 21. 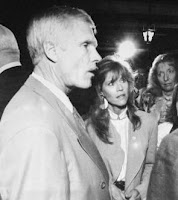 People were really into the live music scene. Underground Atlanta was fascinating--a historical and prestigious mecca for great talent. Piedmont Park, you know? I remember some guy who came to California later was a speaker at Piedmont. He was married to Jane Fonda... Ted Turner. He gave a few speeches protesting the war. Yeah, it was him. He was into world peace. Turner was charismatic. When that guy spoke, he was just flowing, and people just felt him, his anti-war message, and exposing everybody, you know. He came up there and just comforted people with a compelling intensity, and he made sense. He was down-home. He was an attractive person; he would relate to people. He was a very articulate guy, just came from his heart. I know he got into some kind of trouble later, got arrested for protesting the war, I think in San Francisco or something. I know he was controversial. I know that. He got my attention! Didn't he start CNN later? 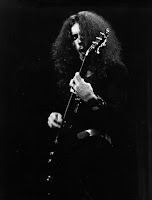 We also played with Bruce Springsteen and Steel Mill at Centennial Park, in Nashville, and also with Roy Orbison. There was this other band from Kentucky that we played with at that festival, Exile. Later, in '78, they had a Top Ten hit, Kiss You All Over. They were really cool brothers. Then we played several times with the O'Kaysions. They'd had that song, Girl Watcher, and Pepe was the lead singer. He was a buddy of mine. They were from North Carolina.

In Charlotte, the Brian Faith Band opened for the James Gang. That's when they'd first come out. Remember them? Joe Walsh, remember? There was a famous club in Charlotte, by the beach, called The Flying Dutchman, with two huge stage setups. I'll never forget that place. Unbelievable. The stage was about eight feet high. The excitement in the crowd...it was a total adrenalin rush. It was all about the Southern Rock culture and the audiences who were so much a part of the energy that made it happen. I was impressed with the bluesy vocals and that driving Hammond B3 sound, with dual lead guitars, slides...it knocked people head-over-heels! The scene was another world that I became immersed in and a part of.

Another experience was performing at Withrop College in Rockhill, SC with my longtime California friend, Ed King, who I knew from our Giant Crab/Strawberry Alarm Clock days with manager/producer Bill Holmes. A year later, Ed joined an unknown band at that time called Lynyrd Skynyrd, and went on to be co-write Sweet Home Alabama with Ronnie Van Zant.

The guitarist who briefly replaced Ed was Steve Gaines, who died in that horrific plane crash along with Steve's sister, backing vocalist Cassie Gaines. Ed was recently reunited with Lynyrd Skynyrd, and inducted into the Rock and Roll Hall of Fame, jamming along with Kid Rock. People were mesmerized by Lynyrd Skynyrd. They captured the soulful, unpretentious mix of driving R&B/blues rock sound. Nothing superficially flamboyant, just genuine heart and soul.