In the summer of 1970, the Love Valley Music Festival attracted a crowd of 250,000 people who attended the three day concert just north of Statesville, North Carolina. It had all the elements of an earlier Woodstock. The Allman Brothers, along with some of the Southeast’s top bands, were on the list of performers.

There are many references on the internet today where one can go search the history of the Love Valley Music Festival. You can also find photos of what Love Valley is today. It has always been an authentic western town, where visitors can enjoy riding the miles of trails on horseback. It even has a unique area where they staged rodeos, in the shape of a natural arena where the sloping hillsides converge on a central area. This was the stage area for the Love Valley Music Festival; the natural outdoor setting was perfect for a rock concert...
At the time, Love Valley had a population of less than 100 people, but it was a unique community 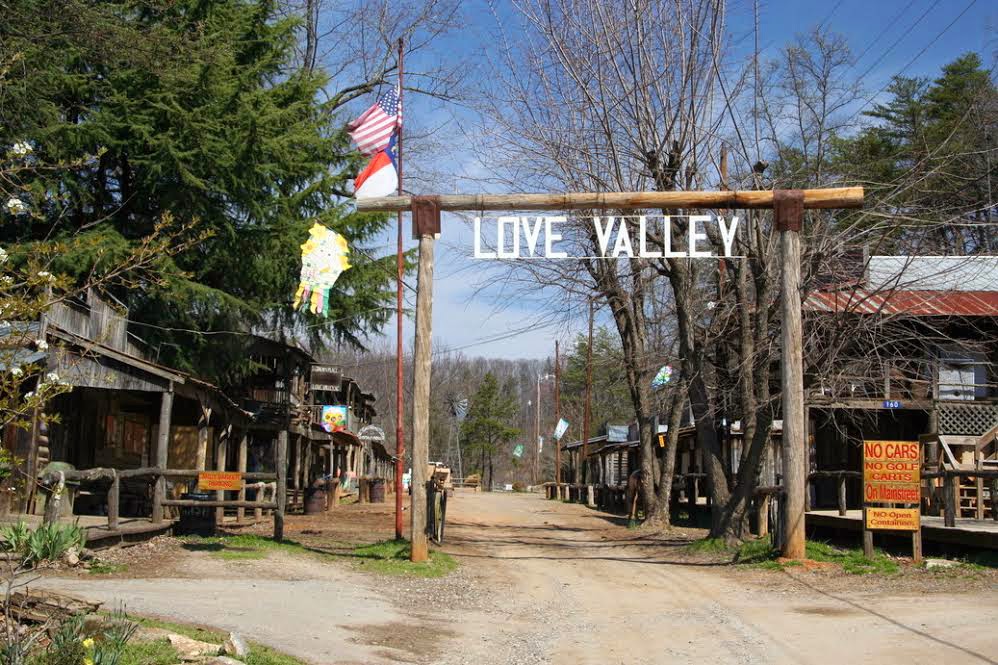 that had its own post office at the end of the shops and stores that made up the town’s main street. This little strip of shops was built to resemble a town right out of a western movie set. You could even walk into the saloon, just as you would imagine in the Gunsmoke TV series with Marshall Dillon passing through the doors for an encounter with Miss Kitty. But in this real life saloon, you could expect to meet members of The Allman Brothers Band at the large dinner table, or you might walk into a live jam session with Duane and Greg Allman. The most visible Allman Brothers band members were Dicky Betts and Barry Oakley. You could even run into Wet Willie, members of the group Calabash, or other Southern rockers. Mayor Andy Barker and his wife, Eleanor (Ma Barker), hosted dinners in the saloon for the local musicians. And there were always the saloon jam sessions. 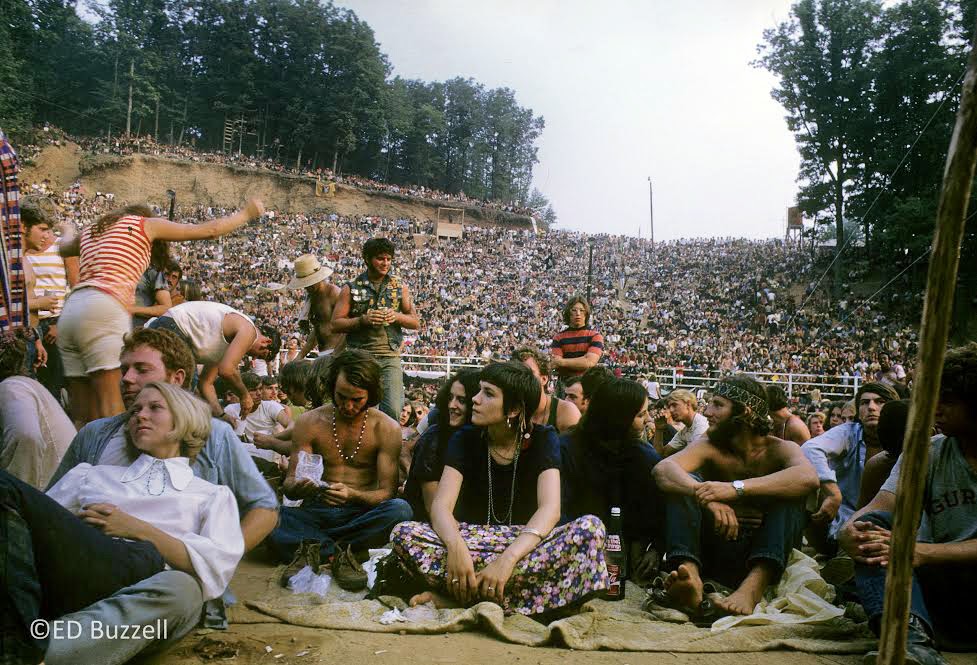 Of course, there were many memorable moments of our stay at Love Valley. One of the most striking was the day of the concert as we drove closer and closer to our final destination. It was just the sight of all the people on foot as we passed them in our tour bus. There were just so many people. It was exciting and surreal at the same time. It was a scene just as you would expect to see before the start of a major concert. Scott Bernstein, co-founder of Hidden Track, later noted that it was the “Woodstock of the South”. Seeing all those concert goers on their way to the event, walking those narrow hillside roads, was a sight that will never escape my memory. 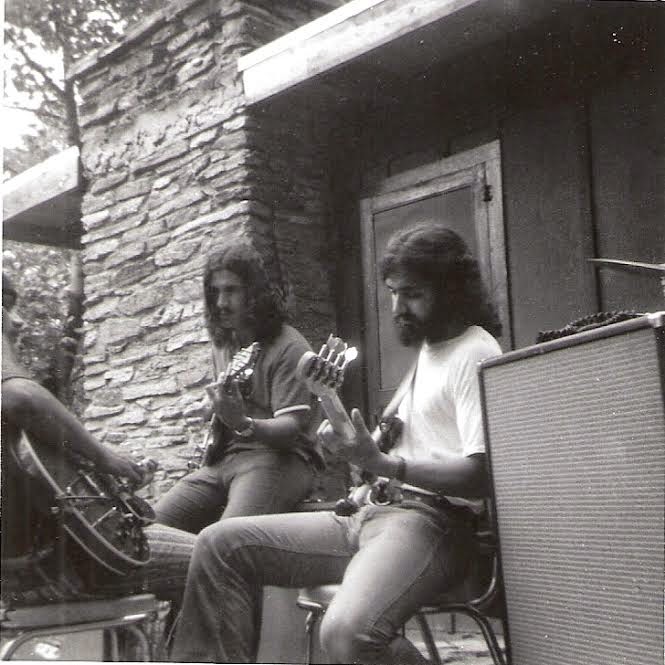 After the concert, we lived at Love Valley for a couple weeks, just enough time to prepare for our next show. I remember the night after the historic concert. I was walking up the hill from the concert area and towards the main saloon to meet with the Barker family and other musicians for a community dinner. I’ll never forget the short conversation I had on my walk with brothers Ernie and Cory. It was Ernie who broke the silence of our walk from our cabin on the hillside as he said to me, “You’ll never forget this night here at Love Valley, because it’s your 21st birthday.” He was right.

The concert, with all its excitement and spectacle, was an historic musical event, but after the three day concert, we were welcomed to stay at Love Valley with the Allman Brothers, to become part of that community of musicians and locals. We spent many days and nights with our hosts, the Barker family. Andy once explained that he named the town “Love Valley” because he and wife Eleanor, loved people. 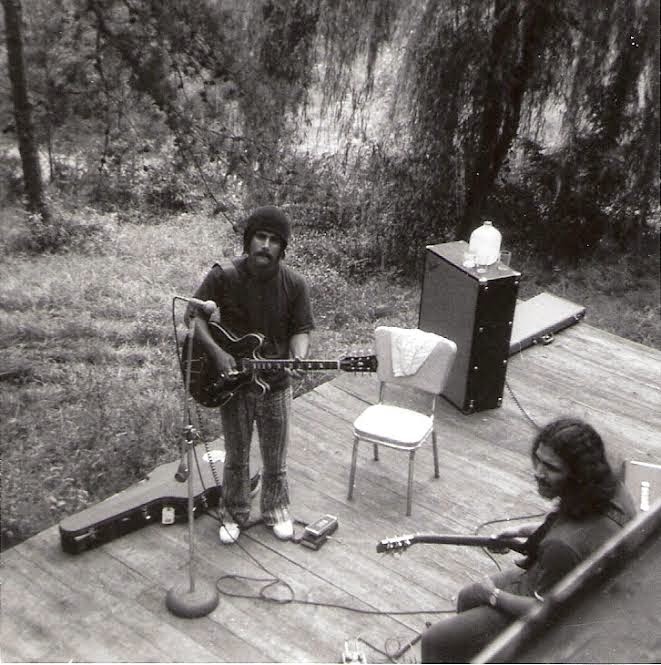 Andy set us up in a small cabin located on a hillside just a short distance from the actual concert site. The cabin had a large, weathered, wooden deck where we set up our equipment and practiced for hours in the outdoor open air. The deck was behind the house and extended out onto a hillside, where we were surrounded by a natural setting of drooping willow trees and towering pine trees. And we practiced often. The band was always focused on improving our sound. We were influenced by the flourishing musical scene and bands like The Allman Brothers, who were so incredibly tight.

At that time The Allman Brothers band had only been playing as a group for a year, but the genie was out of the bottle and the Love Valley concert made Southern Rock more of a burgeoning musical phenomenon. Unlike the earlier Atlanta Pop Festival of 1969, the 3-day Love Valley shows were unique because they featured only bands from the South, and Big Brother Ernie Joseph, based out of Atlanta at 100 Waverly Way, near the popular Piedmont Park concert venue, was already a part of the thriving Atlanta music scene. There were other local clubs like The Candy Store, The Bowery, and the historical Underground Atlanta, where Ernie Joseph, along with legendary power drummer Steve Dunwoodie, were an integral part of the emerging revival of new music in the South. Later, in 1974, former Strawberry Alarm Clock guitarist and Giant Crab session player Ed King, and fellow band members Ronnie Van Zant and Gary Rossington, were to pen what became the Anthem of the South, Lynyrd Skynyrd's hit, "Sweet Home Alabama." As a footnote, in 2009 the State of Alabama began printing the words “Sweet Home Alabama” as an official slogan on its motor vehicle license plates. 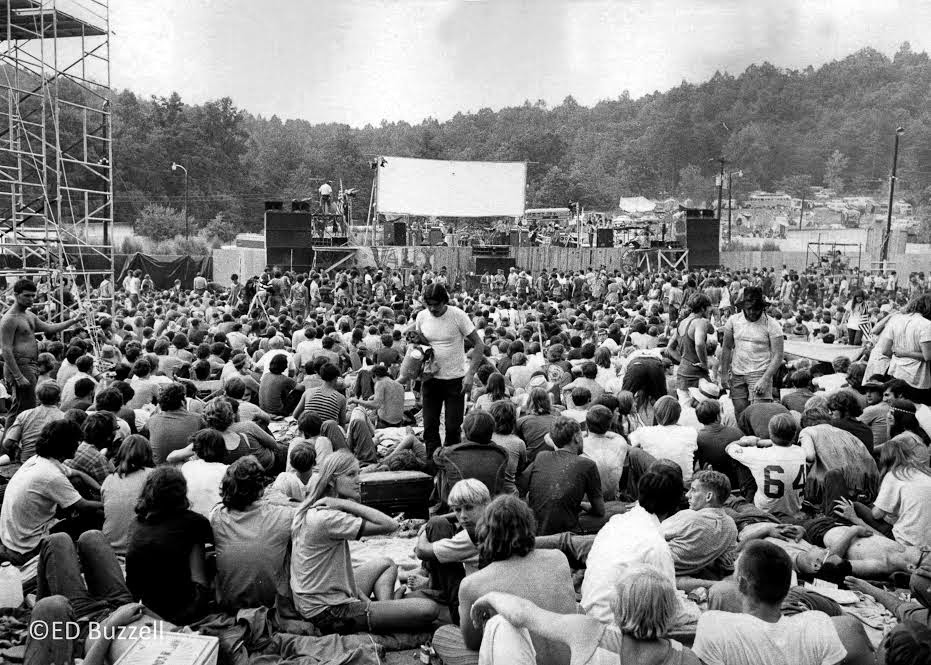 The entire Love Valley experience motivated us to prepare even more for our next concert show,
another major outdoor concert at The Nashville Music Festival. We were scheduled to play with other bands, including Roy Orbison, The Exiles, groups from the South, and bands from New York City. And there was that band from New Jersey who had an unknown, but charismatic front man who, after several concerts that followed, became known to us as Bruce Springsteen.

Love Valley founder and friend Andy Barker passed away in August of 2011 at age 87. He was a man who loved people and was inspirational to us as a man who lived his dream and shared it with others. He will forever live in our memory for the bigger-than-life personality that he was, and the man who personified the genuine spirit and heart of Love Valley as we experienced it. 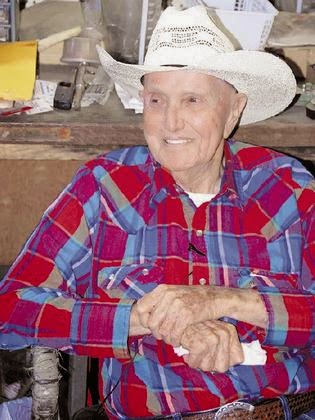 Andy also was an innovator and a visionary.  His dream to build what became Love Valley started when he was in elementary school. When it was his turn to explain to the class what he wanted to do when he grew up, Andy told the class of his dream to build his own western cowboy town.

Andy told us the story of how the first building he and his construction crew built was the church. The next project was what he called “the arena”.  I’m sure that he could never dream that the arena at Love Valley would someday be the site of an historical three-day music festival attracting a crowd of 250,000 people, but, somehow, he made it happen. He was always walking around with a mystical, but happy smile on his face. It was almost as if he could see the future, but just let it all unfold.

Yes, Andy loved his western town, people, music, and musicians and, somehow, he put it all together to leave a legacy that is Love Valley; that little western cowboy town that in the summer of 1970 also was the site of a rock concert that was so much a part of the evolution of Southern Rock as we know it today.