After Woodstock, there was The Love Valley Rock Festival. Some say it was inspired by a wave from the West Coast; the best of these beautiful times of brotherly love and sharing, where you could thumb a ride anytime. But that time had peaked just a few years before in San Francisco. "The Vibe" was now reaching into the Deep South, and rock was here to stay!

"It was during our extended tour, The South East Tour," Ernie said. "We were playing colleges tours and some of the bigger clubs in the Carolinas and Georgia, Alabama, Mississippi and also Forida, and they love the family structure there in the South, the way they reinforce each other... "we're  together" attitude... the people invited me into their houses: 'Feast, Brother. Would you like to eat something?' and really friendly, you know. Just trusting. I've never seen anything like it."... 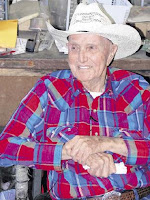 As it turned out, The Love Valley Rock Festival, near Greensboro, North Carolina, was promoted by and manifested on the property of Andy Barker (now 85), Love Valley mayor, who had originally founded the spot as a "Christian cowboy community", back in 1954.

Barker charged just $5. Cheap to get in for the whole three-day rock festival, with many more (of the estimated 100,000 to 250,000 people) walking in free through the nearby woods. This was at a time when "professional" mob-style promoters hadn't injected their afflicting greed into the music and sucked the life, as it clearly is doing today.

Anyhow, the list of musicians on the billing from near and far, included Santa Barbara's Big Brother Ernie Joseph and, perhaps not quite as extensive a list as at Woodstock, also included The Allman Brothers (original band), Terry Reid, Wet Willie, The Hampton Grease Band, Flood, Kallabash, Sacred Irony and a few others. [According to Andy Barker, quoted in the article linked above, there were a total of 43 bands.]

"Get this," said Ernie. "Love Valley was like a movie set. They had this saloon right out of a 50's Hollywood movie set, and Barker owned all these buildings. It was like you were actually there in the West. There was a little hill, then down at the end of the street was a big arena. The stage was there at the other end of the block. Trees were all over the place, you know. It was just perfect. Kind of reminded me of Ojai at the time, just beautiful trees, and there were a lot of positive music vibes there. Barker let the bands live in those places. We followed the band, Kallabash. These guys took off their clothes and jumped off the stage before we went on. Yeah, they were a hard act to follow.

"There were several band members that loved it so much, they remained there, including us. Yeah, I lived there for a little while with the mayor. His wife took care of everybody. Must have been 10 musicians from different bands... A few times he would invite different bands for dinner. There would be like a huge room and his wife would make dinner for like 15, or what... 20?

"We all had dinner with all these people, and The Allman Brothers too, and after the festival they'd just jam with us for fun at the old saloon. They had a couple amps in there and we'd all jam together, Duane Allman and Richard Betts primarily. He'd show up more than anything, the guitarist, but they were friendly, and both Duane and Gregg too. One guy would be playing at the piano and all these bands...

"Anyway, getting back to Allman Brothers... They're very concise, you know, that harmony guitar, and that's just... a lot of Southern bands were influenced by them. Yeah, a whole slew of Southern rockers were influenced all through the South. I remember they influenced us. They do a lot of slide work, and they inspired me to get into slide guitar. Cory (Cory Orosco, Brian Faith Band) and I got into the slide--the electric slide-- and yeah, those guys showed me. They got me started, actually. I was influenced heavily by the Southern rockers. The Allman Brothers were tight. These Southern guys thrive on that culture. I learned about dual lead guitars, how guitars can have this harmonious sound... two guitars playing the fifth and the third, the same way you would do vocals, and that would amaze me. The Allmans would be playing in unison, and breaking into harmony riffs... it went on and on and on. I thought, god, these guys are hard workers, you know? It just goes on and on, their whole work, their ethics, and it rubbed off on me.

"They're real modest, you know, and just were not into boasting, just into playing. 'They played for money and for fun, and they still be playin'..."