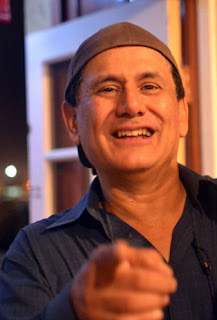 After a four year battle with cancer, Cory passed on Wednesday November 8, 2017 in Santa Barbara at the same hospital where he was born.

In his youth growing up in Santa Barbara, Cory excelled in sports as a football quarterback /defensive back, team leader. He also led his baseball team to a Little League World Series as a pitcher.

As a well-established and beloved musician, condolences came from our local music community, and from musicians who knew Cory from his travels across the country, including the East Coast and Atlanta where he performed and lived for five years.

After touring extensively with brothers Ernie and Brian, Cory returned to Santa Barbara where he and brother Ernie reached out to serve the local music community as music producers and recording engineers. Their SRS Recording Studio helped many local musicians realize their dream of recording their music. As a record producer, Cory has the distinction of being the first to record local talent Katy Perry. Other clients included Jewel as she was doing her first demo recording at SRS Studios as an unknown artist.

Cory, along with brothers Ernie and Brian, was a founding member of Santa Barbara musical pioneers, Ernie and The Emperors. With their song “Meet Me At The Corner,” the band was the first in Santa Barbara to record on a major label, Warner Bros./Reprise Records.

A CD release in 2012 was his most recent work as part of the Lillimar Pictures documentary soundtrack, “Makin’ It – The Story of the Brian Faith Band,” produced by award winning filmmakers John Ferry and Grace DeSoto Ferry.

Cory dedicated his life to sharing his music. He will also be remembered for directly helping other musicians with his musical talent, record producing skills, encouragement and inspiration.

Another favorite pastime of Cory’s was dabbling in electronic instrument repair and restoring musical instruments.

Cory also enjoyed the company of his pet cat “Sunshine” who he often photographed, bringing Cory much peace and solace.

One of Cory’s proud accomplishments was in serving his country as a U. S. Marine.

Cory’s last, and only musical performance since his battle with cancer, was for SBHS class of ’66 50th Reunion, where he was among friends who knew and loved him.